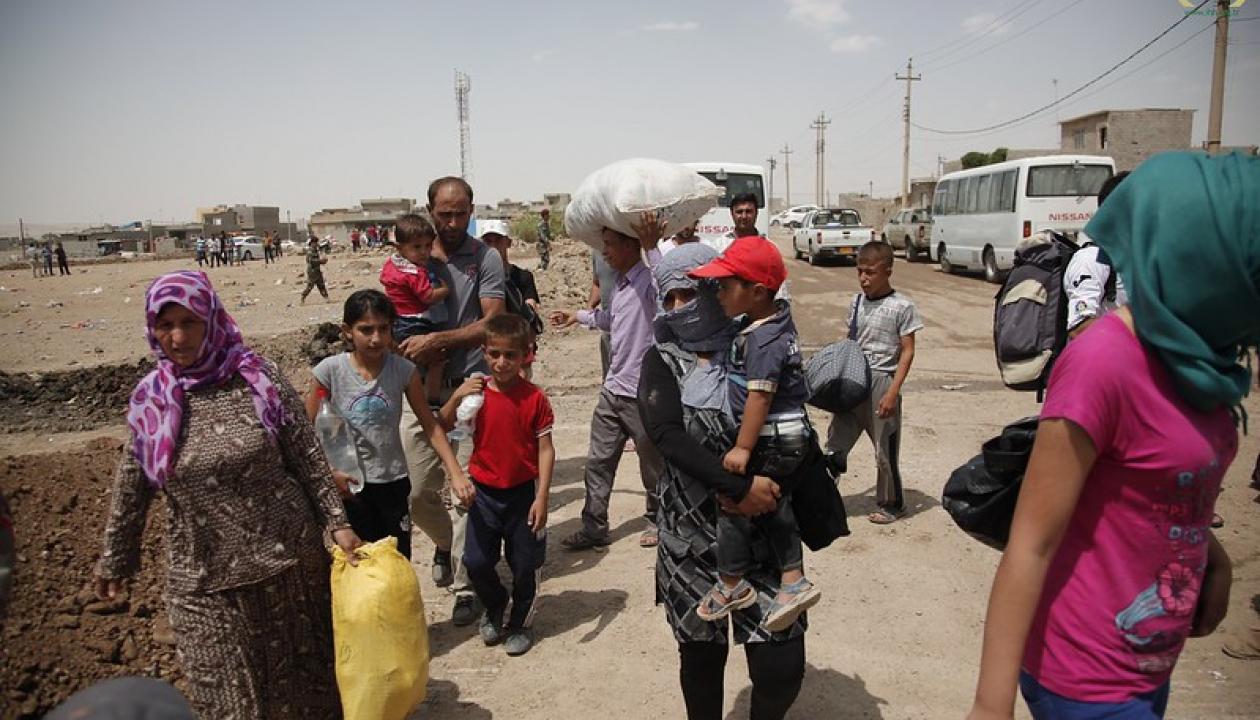 Human rights are something that many of us take for granted, but even in 2021 these rights are something that many people are still fighting for. Human rights go hand in hand with equality. They must exist regardless of a person's gender, place of birth, age, race, religion, sexual orientation, or any other factor which may alienate an individual or group, and force them to be discriminated against. Protection of these legal rights should never come at a cost. In the wise words of Nelson Mandela, "To deny people their human rights is to challenge their very humanity."

Basic human rights can be broken down into 30 separate categories, as defined by the UN in the Universal Declaration of Human Rights. This covers everything from freedom, security, the right to justice and protection of the law, asylum, democracy, and education.

Despite protective laws being in place, human rights defenders, activists and NGOs, are still very much needed to protect people who do not have a voice. They play a vital role in fighting violations, often through legal systems and the courts. They also lobby and campaign to change laws which may not protect people in the way that they should, and also raise awareness of the plight of those struggling into the public consciousness.

What Better World Info has to offer

In support of the invaluable work of human rights NGOs and campaigners, Better World Info serves as an important networking tool and extensive information resource on human rights. The platform is divided into sections, and you can search human rights by country, and by topic. With over 40,000 hand-picked links dedicated to human rights, it saves you valuable time and helps to connect NGOs all over the world – helping you to realise our common goal of recognising the dignity, rights and equality of all humans.

Delve into the exemplary people section to find inspiring resources on the worlds bravest and most influential human rights defenders, civil rights leaders, and activists. You will find international journalists, politicians, lawyers, and whistleblowers such as Martin Luther King, Bianca Jagger, Malala Yousafzai, Ruby Bridges, Rachel Corrie, Julian Assange, Edward Snowden and many others who put their lives at risk to create a better world for everyone.

To celebrate the incredible work of these people and to recognise the importance of the adoption of the UDHR in 1948, Human Rights Day is celebrated every year on 10 December. Better World Info promotes the principles of equality and non-discrimination, they follow the events every year and provide all the essential developments and social media connections.

Unfortunately, some countries standout for all the wrong reasons. Better World Info has a human rights category for every country, but it makes sure to highlight countries with the lowest human rights protection scores. Autocratic leadership, perpetual war, repressive policies, corruption and severe punishment are the main ingredients which cause countries to remain at the bottom of annual human rights world reports year after year. Humanitarian disasters which see the poorest and most vulnerable suffer unbearable conditions, in many cases, for generations.

There is a huge resource featuring Israel. It covers the historic institutionalized discrimination of Palestinians, forced evictions and demolitions, land grabs, unlawful killings and excessive force against protesters, and of course the recent humanitarian crisis which unfolded after the deadly conflicts in Gaza.

Their section on Iran heavily features freedom of expression and arbitrary detention, as well as a section on the death penalty and women's rights. Sticking with the Middle-East, Turkey is a country continually to struggling with democracy and an eroding rule of law, and so too its human rights obligations. Worryingly, its courts system appears to be convicting political opponents, journalists, human rights defenders and activists seemingly without evidence.

Afghanistan of course is a country which has historically battled with rights abuses and violations, but now even more so with the recent Taliban takeover. With educational and medical facilities destroyed, and women's and girl’s rights removed, there has never been a greater need for humanitarian aid in this part of the world. With the Taliban now in charge, there is no representation from women, or conflict victims, and going forward, there has been no mention of women’s rights being reinstated, or commitment of any kind to human rights in general.

In the Asian region Better World Info highlights Tibet, Myanmar, China, and Russia. Tibet has suffered human rights abuses and cultural genocide for decades. Religious freedom, speech, movement and assembly are all restricted. In recent years the use of surveillance and unlawful force has intensified. In Myanmar the oppression of Rohingya in Rakhine state continues to devastate this stateless Muslim minority.

Workers' rights, freedom of expression, democracy, crackdowns on human rights defenders, and censorship are all extensively covered in the category on China. They also include a category on the issues affecting Hong Kong, especially concerning the new National Security Law. Regarding Russia, there is an extensive category including the crackdown on dissent, protests, and independent journalism. You will also find information on the persecution of the LGBTQI community, Jehovah's Witness, war crimes, and labour migrants.

In Africa special highlights include Egypt, where you can find resources and up to date developments on religious violence, women's rights, forced disappearances, and multiple prisoner and security issues. Excessive use of force is well documented in the protest section on Sudan, as well as information on Darfur, and the abuses by militias. In the section on Somalia, you will find extensive information regarding the on-going conflict involving the Al-Shabab, also issues relating to piracy, and the huge number of internally displaced people. Better World Info is also closely following the developments of the continuing conflict in Tigray which has forced 2 million people to flee their homes. Total destruction of civilian services, and the restrictions to aid access have exacerbated the devastating situation.

Human rights in the USA are also extensively featured. Comprehensive categories can be found on racism and police brutality, including of course the killing of George Floyd and the resulting protests in Minnesota, and then globally. Controversial detention camp Guantanamo Bay, and use of the death penalty are also covered, as well as many other rights concerns in the US.

Better World Info also has a comprehensive category focusing on key human rights issues which are found worldwide. These issues are affecting people on a grand scale and are forcing more and more people to face hardships, abuse, and the removal of their rights.

The global refugee crisis in recent years has become an unignorable humanitarian catastrophe. It is estimated that there are more than 80 million people worldwide who have been forcibly displaced from their homes, communities, and culture. These people are faced with no choice but to leave – and then continue to face equally dire situations in their host communities. Families are separated, education and work opportunities are limited, lack of housing and healthcare, discrimination, language barriers, and isolation are just a few of the challenges which are being experienced in unprecedented levels.

Other highlights include resources on press freedom and democracy, spyware and mass surveillance, forced labour, and a brilliant section on our economic, social and cultural rights -  ESCR. No human rights platform would be complete without mentioning conscientious objectors and war resisters. Better World Info recognises the importance of those who simply refuse to participate in destructive wars which time and time again are a main cause of human rights violations. By campaigning against compulsory military service, and opposing the use of arms, we have hope that more and more people will refuse to partake in senseless violence and destruction, and contributing to the suffering of innocent civilians.

In order to fill the void where national courts are unwilling, or unable to seek justice for international crimes such as genocide, war crimes, and crimes against humanity, the ICC was created. It serves as an international court for member states. Better World Info follows the success of the court, criticisms, and its limitations.

Part of the problem in uplifting the rights of others is lack of knowledge. Human rights education is an invaluable tool which can be integrated into every part of our lives. If people are aware of the rights they are entitled to, and these rights are put at the heart of school systems, we can teach things like religious and cultural acceptance, gender equality, and empowerment. Through this type of education and through excellent human rights study programs, we can promote dignity and equality in entire communities, societies, and potentially the world.

Another truly vital tool is humanitarian aid. It saves lives, supports struggling governments, and helps to maintain the dignity of people following conflict, natural disasters and emergencies. The OECD, and a multitude of NGOs work on the frontline to provide food, water, shelter, and safety to those most in need. Better World Info is an excellent resource on development & aid. You can find top organisations and campaigns, news and blogs, and information on the SDGs. There are also extensive categories featuring key issues such as the impacts of climate change, rural development and agriculture, famine, third world debt, financing, economic development, and the role of women – all from a humanitarian perspective.

Better World Info uses Twitter as a tool to help raise awareness, and to celebrate and raise the profile of human rights activists and excellent projects supporting the empowerment of those who need protecting.

They have created a unique human rights Twitter list to help you follow the latest developments, progress in the rights movement, and access to NGOs, and civil and human rights defenders who are working tirelessly to create equality and dignity for all.

By following these lists it becomes very easy to stay up to date with the latest developments in the humanitarian world.

Did you know that Better World Info is also available in German? Bessere Welt Info just like the English version, serves as an excellent resource for human rights NGOs, lawyers, campaigners, and activists. Here you will find the main category Menschenrechte which has over 8,000 links to human rights news and organisations, as well as human rights by county, and also global human rights issues organised by topic. Inspiring exemplary people working in the human rights field can also be found here.

The challenges associated with human rights violations are immense. The seriousness and the sheer number of people in need is overwhelming. On top of the issues directly related to corruption, lack of democracy, conflict, and discrimination, we are now seeing rights abuses exacerbated by the global climate crisis. The number of internally displaced people has risen dramatically with the emergence of millions of climate refugees. People who can no longer farm on land they have used for generations, caused by drought, flooding, locust plagues, soil infertility, desertification, and extreme weather events.

Never before has there been a greater need for humanitarian assistance. Better World Info is the platform to enable the networking of NGOs and human rights defenders. They provide the free, reliable and readily available information needed by these groups. Better World Info is here to help, and to support this change towards a more equal world.

Better World Info is also an open platform - Human rights experts, campaigners, and activists are invited to contribute their knowledge! By providing links to studies, reports, and campaigns, and sharing knowledge, everyone can help raise the profile of those most in need.

Diversity is our strength. If we work together, progress can be made, and the rights of millions can be upheld. The voiceless can finally be heard.